South East Cornwall – A Day Out In Looe

I must admit that whilst we live in beautiful Devon we don’t take advantage of our wonderful neighbour Cornwall. It was a sunny day no sign of rain and with an early start we set off to Looe in South East Cornwall. Now despite its name, in contrast Looe is a very picturesque town situated on the coast, pasties, cakes and fish n chips are in the air. Its good to mention that the train is also a great way to get here, although it may look like an abandoned railway line as its very small but quaint.

When we arrived, I was hungry no surprises there but I needed something to satisfy my morning apatite. We delved into a little bakery near the beginning of the main street, they had the biggest Chelsea buns I’ve ever seen, but this was breakfast so I grabbed a bacon and cheese pastry.

With time to spare we strolled aimlessly down the main street glancing in the shops as we went, we knew that we could browse on the way back, it was the beach we wanted. The streets in Looe Cornwall are narrow but as it was early it wasn’t as crowded, we decided to take a long way around near where the boats were moored. 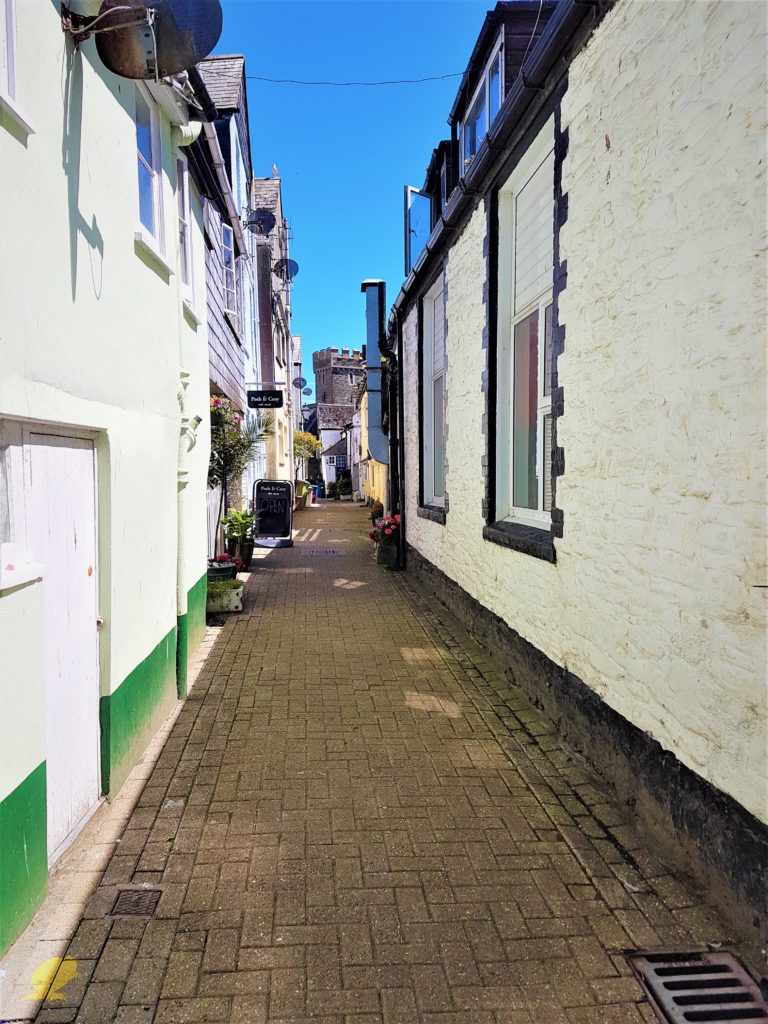 Dedicated locals were already setting out on their boats and an organised structure of sailboats seemed to be racing, a believe a competition was on that day. 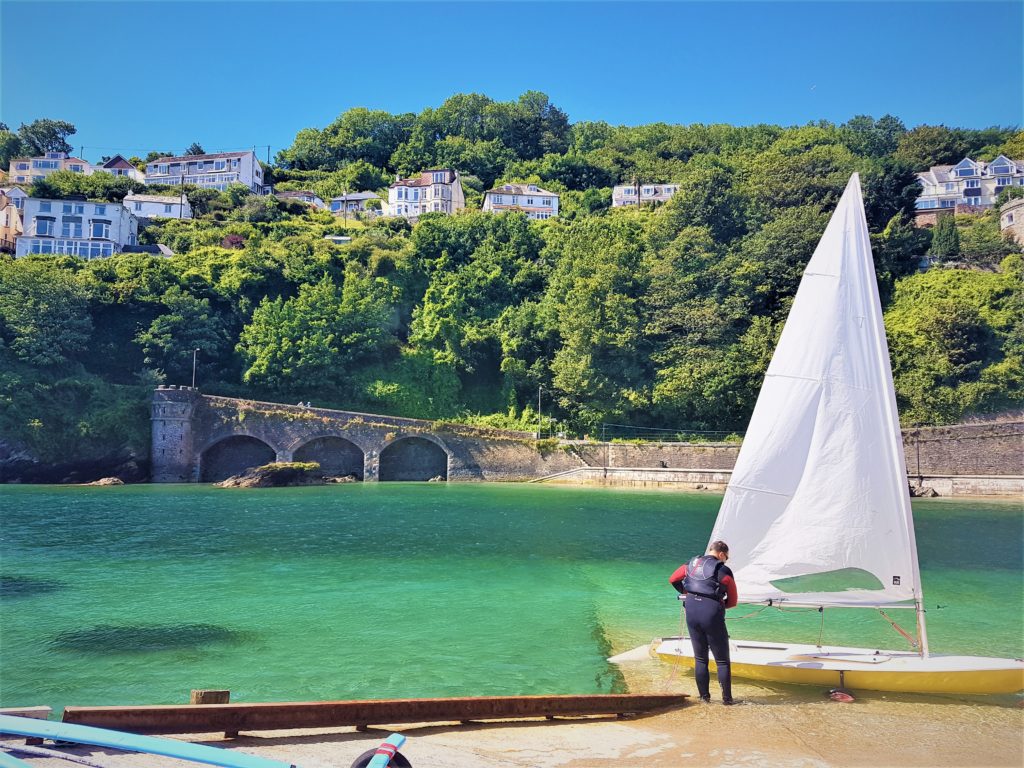 Either way we made it to the beach and meandered down onto the sand sitting and watching the waves crash as it steadily became more crowded. By this time, it was just past mid-day and we decided to go back into town for a bite to eat. 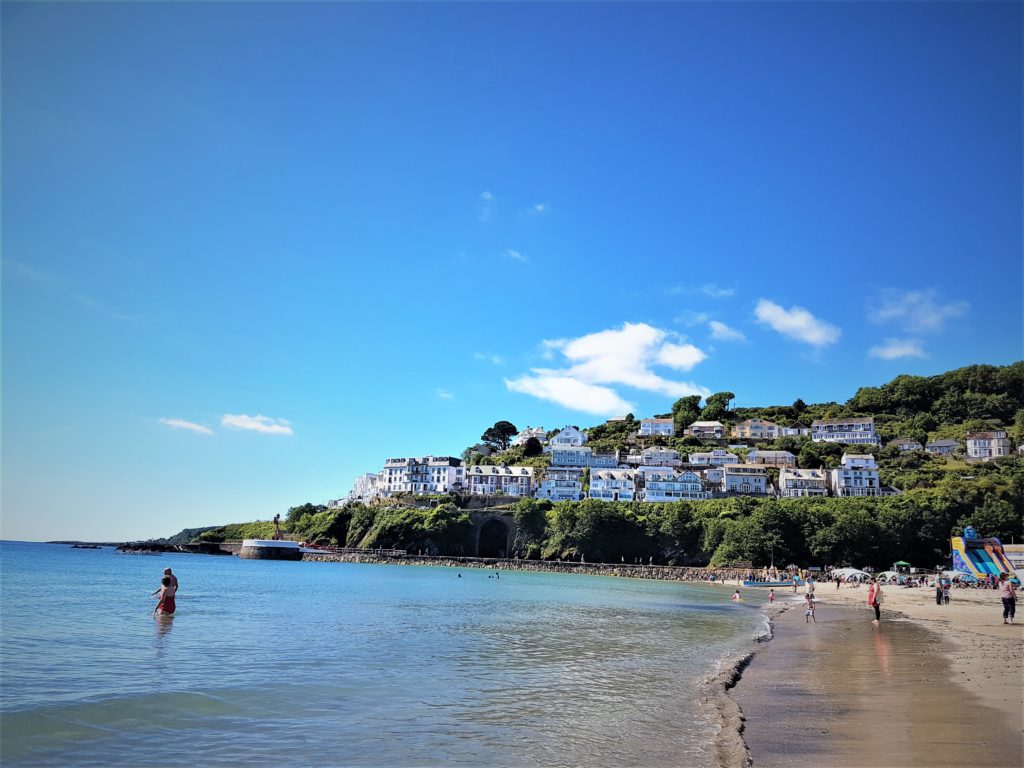 Pasty or fish n chips I thought, well actually I ended up getting a coronation chicken baguette from the Cornish Bakehouse, this place does great pasties as well, a must if your visiting Looe Cornwall.

The main street was more crowded now and it took a while looking in all the shops. It was almost time to set off back to Devon, so we decided to get a cup of tea before the journey, spotting a cute little Café called Truly Scrumptious we dove in and grabbed a table away from the crowds, but with a good people watching position. The tea was good and I had my eye on an enormous slice of red velvet cake but I resisted after my rather large baguette. 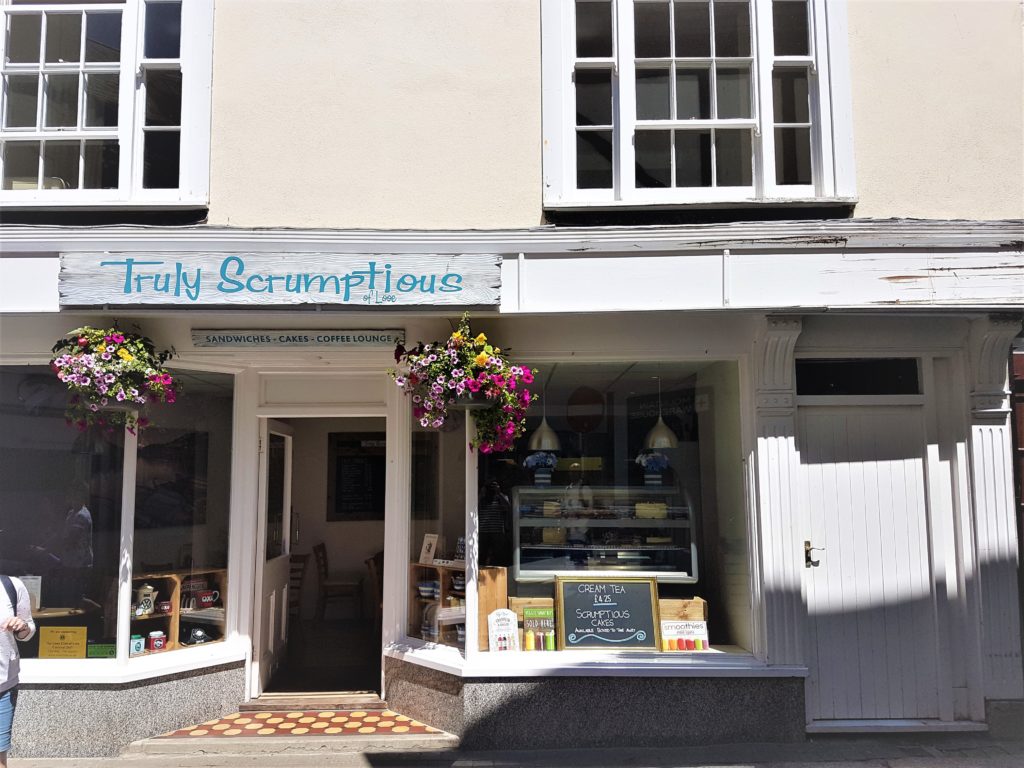 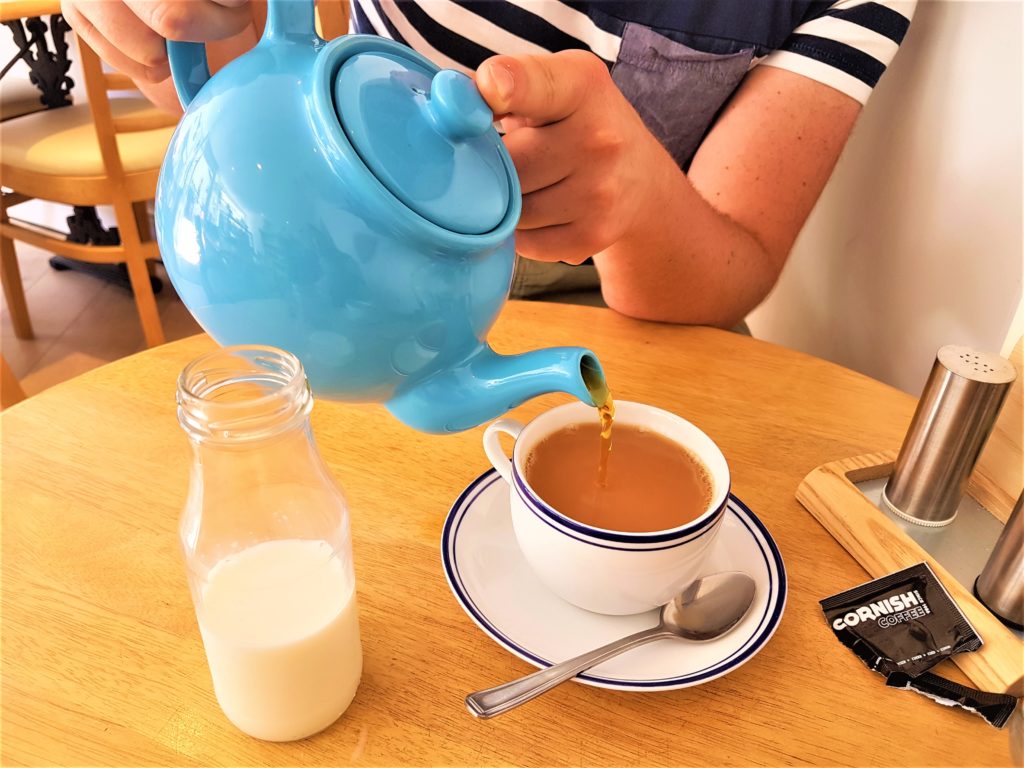 On the way back we browsed inside a small art shop called Whistlefish, we are aware of there being a Whistlefish sale shop in Plymouth so decided we would probably go there for the bargains, it was good to look though. 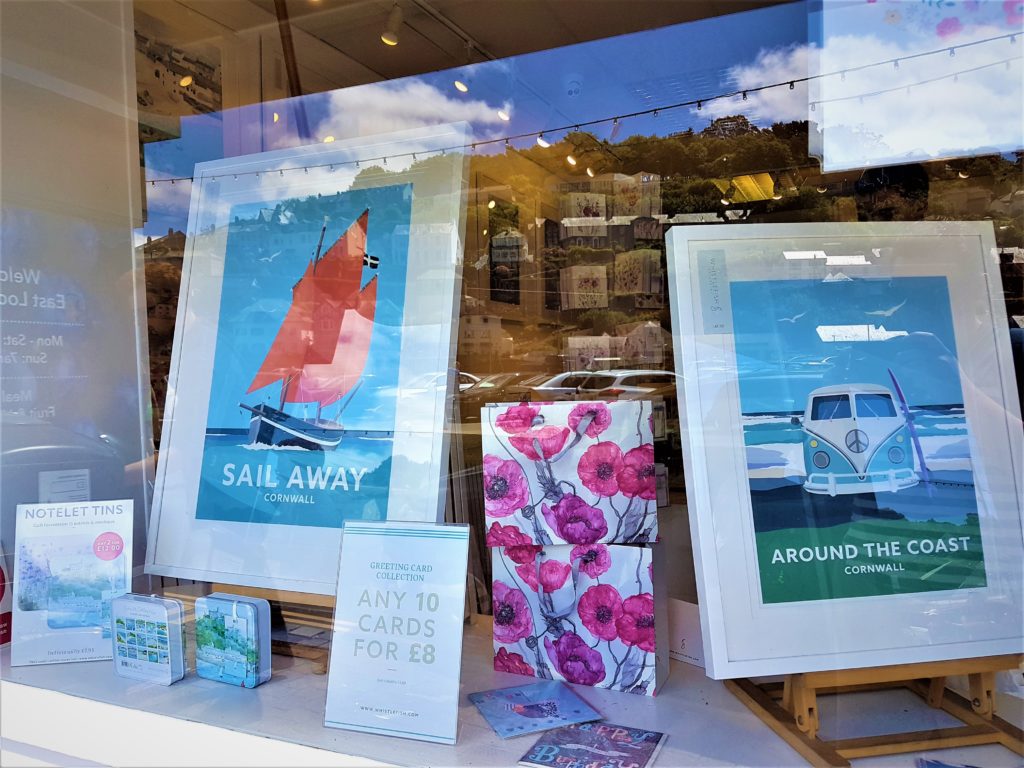 We headed back to the car and got on our way. It was a great day out in Looe, small but bustling with a great amount of quirky shops and great eateries. My suggestion is get there early and browse the shops first as it does get crowded. Next head down to the beach and have a walk around the area for a bit, before heading back into town for a bite to eat.