When talking about things to do in Menorca it can be difficult to pin point things that you should prioritise, as there is so much to see. Well I’m going to say it now a trip to Menorca would not be the same without a visit to the islands capital.

Factual Information “don’t worry not too much!!”

Menorca’s capital of Mahon was not actually the capital until 1721, before that it was Cuitadella which is another must visit. The reason for the move was due to the British and them realising that Mahon has a huge harbour perfect for the British Naval fleet. Mahon was also the place where Mayonnaise was discovered, one of the greatest food related breakthroughs of all time. OK I think that’s enough, I know I technically only did two facts but its time to get onto discovering Mahon, one of the best things to do in Menorca.

Ok firstly let me start by saying if you are looking for shoes or leather type products you won’t have to walk far before seeing some kind of shoe shop and most stores in Mahon sell those great Menorcan sandals. Don’t think of Mahon as being retail wasteland on the contrary there are many great shops selling modern wares and high-end boutiques. I mean don’t get me wrong you won’t be finding a Next or Sainsburys anywhere but you will find a diverse range of shops selling lots of different items.

If you want something authentic you should check out the markets, there are many that take place all over the city, however we visited the one down by the port which I believe is a travelling market. There were lots of items on display including fresh fish, fruit and veg. Although this was probably something I should have taken notice of as I was over indulging at the hotel, either way I ended up at the sweets stall. It’s also good to mention that we just stumbled upon this market which proves that exploring at random is one of the best things to do in Menorca. 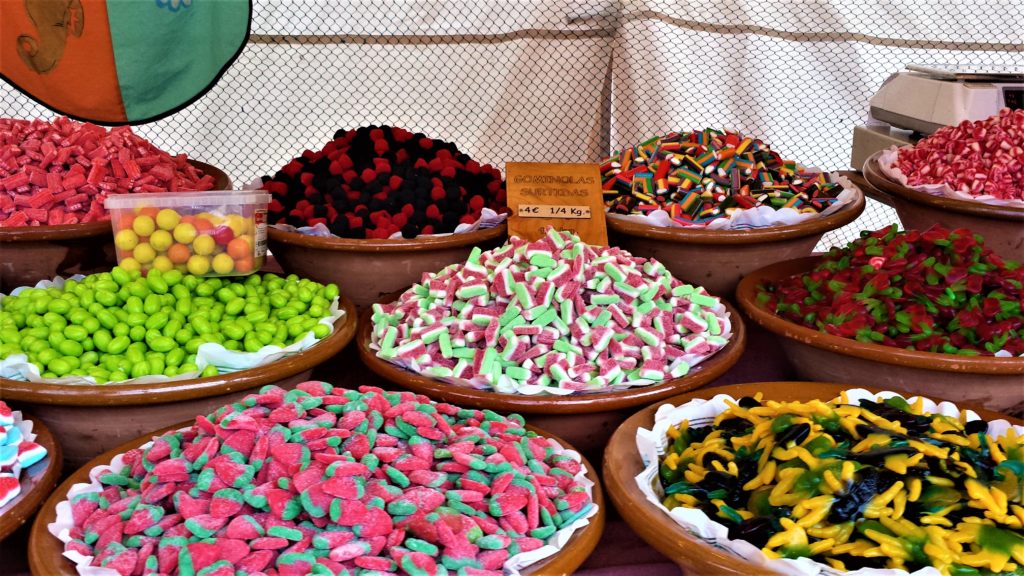 The food in other countries is possibly one of the highlights of being away, it’s a great way to discover new tastes and gives you some ideas to take home with you. If you like your seafood then I would recommend a place called S Espigo, they do a fantastic array of seafood and why wouldn’t they, being located right down by the sea shore overlooking the harbour.

Holidays can sometimes consist of strolling, relaxing, taking it in as they say, this is why after a delicious meal down by the harbour, it’s so nice to walk slowly people watching as you go especially at those more fortunate individuals who are arranging the overnight docking of their luxury yachts. As I’m mentioning food i will say that the markets are great for hot food too just look at the array below of delicious goodies. This was a market stall down by the harbour market we visited, worth remembering for your next belly rumble. 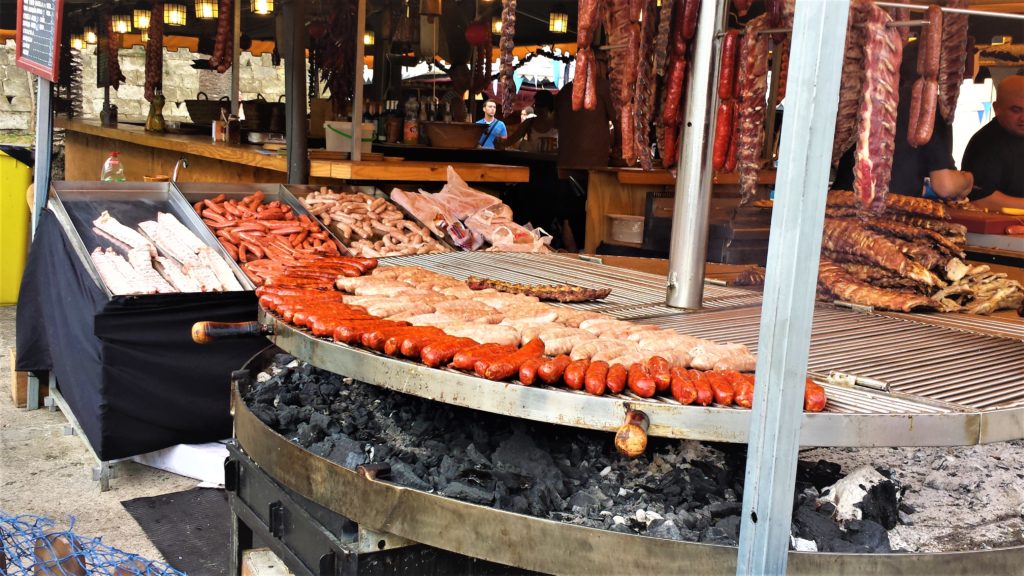 Of all the things to do in Menorca there’s one that I particularly enjoyed, it’s sort of adventurous and sort of geeky at the same time. There are many boat rides or water excursions you can take in Menorca and Mahon, but the glass bottom boat ride was particularly special. With Mahon having one of the largest and deepest harbours in the world it is no surprise so much becomes available to see from sea life to historic buildings like the British military hospital on king’s island and the Fortress of La Mola. Whilst on the boat I will say that people were up and down from the top to look at the buildings to the bottom to look at the fish so there is ample opportunity to see everything. This ride is a must do experience and because tickets are not expensive it’s well worth it. 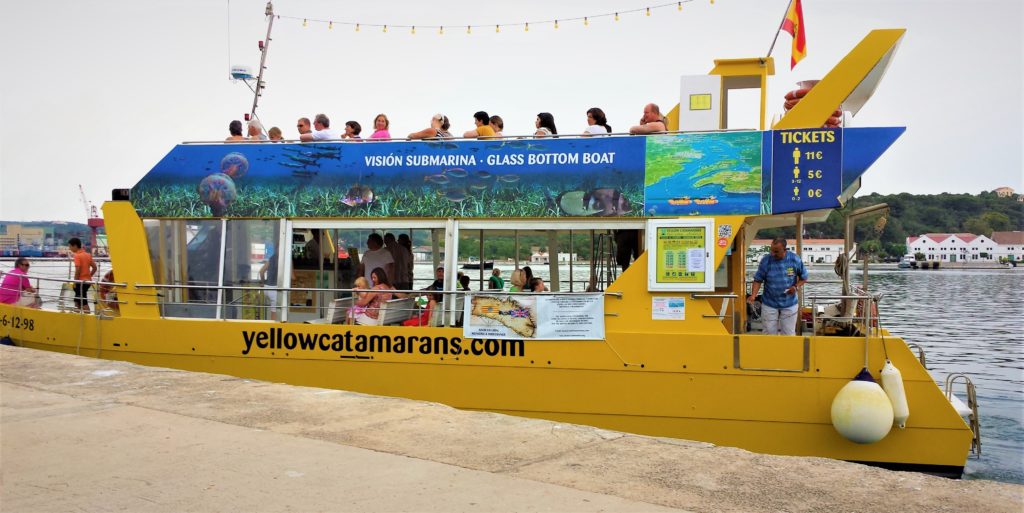 You will find historical buildings situated all around Mahon, it’s great to randomly stroll around as your bound to find beautiful buildings that wouldn’t be on any travel guide. If you prefer to stick to the known tourist areas the church pf Santa Maria is a cocoon of great architecture, it may not look much from the outside but when your inside it opens and becomes something special, the doorway is quite recognizable in the guide books.