Ciutadella was the original capital dating back to around 75AD when the Romans were in control. If you want to read the about MenorcaMahon post I will link it here Things To Do In Menorca – Discovering Mahon.

When arriving in Ciutadella I instantly got a feeling of nostalgia, well obviously not from my younger days but the town feels time forgotten. We arrived by coach which on a side note is such a great way to get around, the entire island is run on these coaches and they’re very inexpensive. Getting off the coach, the main square is visible and it becomes apparent that the market is on, this is a complete coincidence as we didn’t really plan the day at all….I know bad ay!

Standing in the square, depending on which direction your facing, the town hall stands on one side and the main street on the other, straight ahead is a wall which has magnificent views of the harbour. The building in the picture below is the Plaça des Born situated right next to the main street. As first impressions go this is beautifully quaint city with all the remnants of being a strong capital, as it used to be. 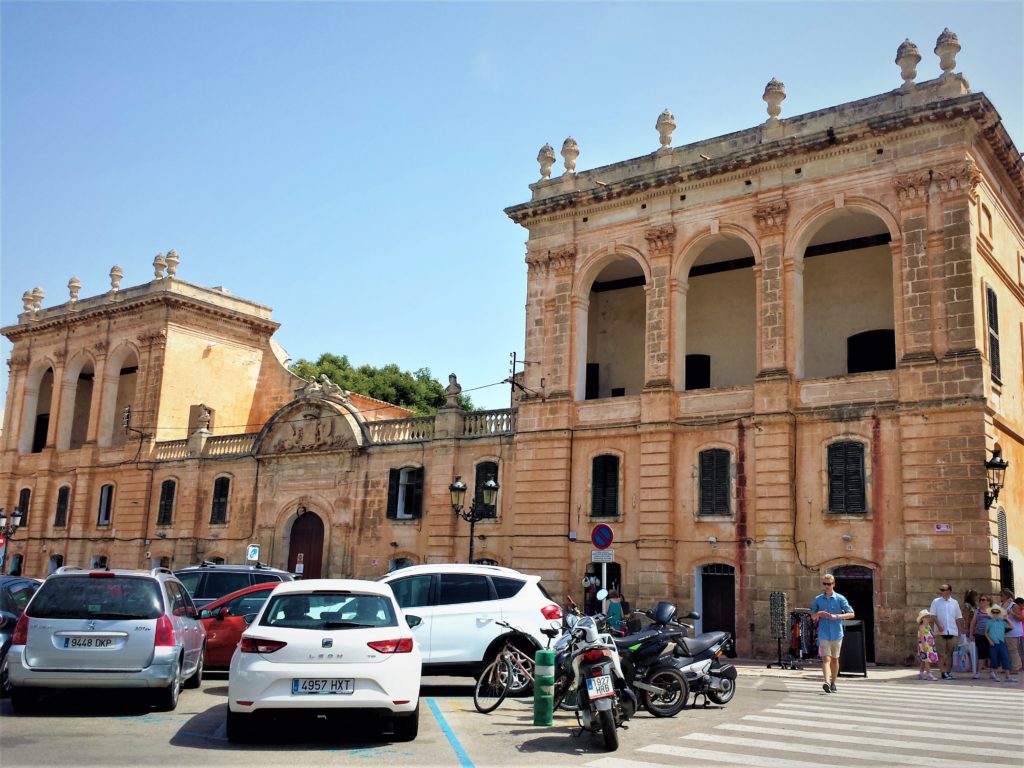 So you may think that this is a vague sub heading but really that’s exactly what we did, like I mentioned in the post on Mahon, sometimes just wandering around and discovering things for yourself is the best way. Menorca holidays call for Island style attitude, lazy days relaxing and enjoying what’s been there for hundreds of years. You see it in the people who live hear a world away paradise where people just go about their day to day, just like we would…but with less rush.

Walking down the main street on the right-hand side are some lovely little shops, some are clearly selling tourist related merchandise, whether you like that or not I ended up buying a key ring. Some of the other stores are much more authentic selling handmade carvings and other home decor.

We strolled on up to the Santa Maria Cathedral which like the one in Mahon is very modest from the outside although not in stature. 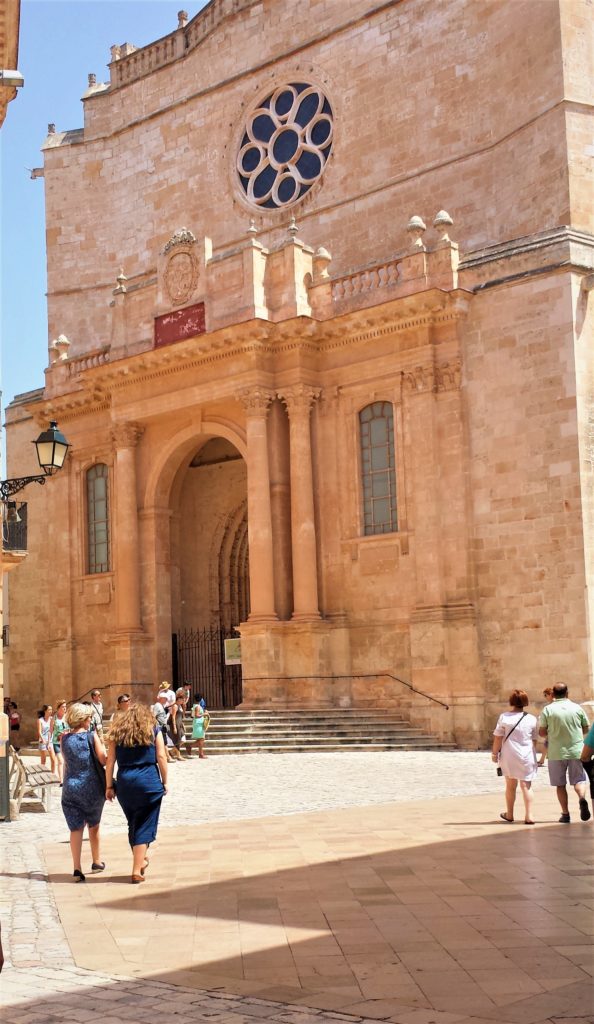 We took some walks down the small cobbled streets this is something Ciutadella has plenty of, with lots of un-assuming doorways scattered along them. Coming to the end of one of these narrow streets we found the Monastery Convent de Santa Clara, this is an old building but due to hundreds of years of fighting has been rebuilt many times, the most recent being in the 1940’s. 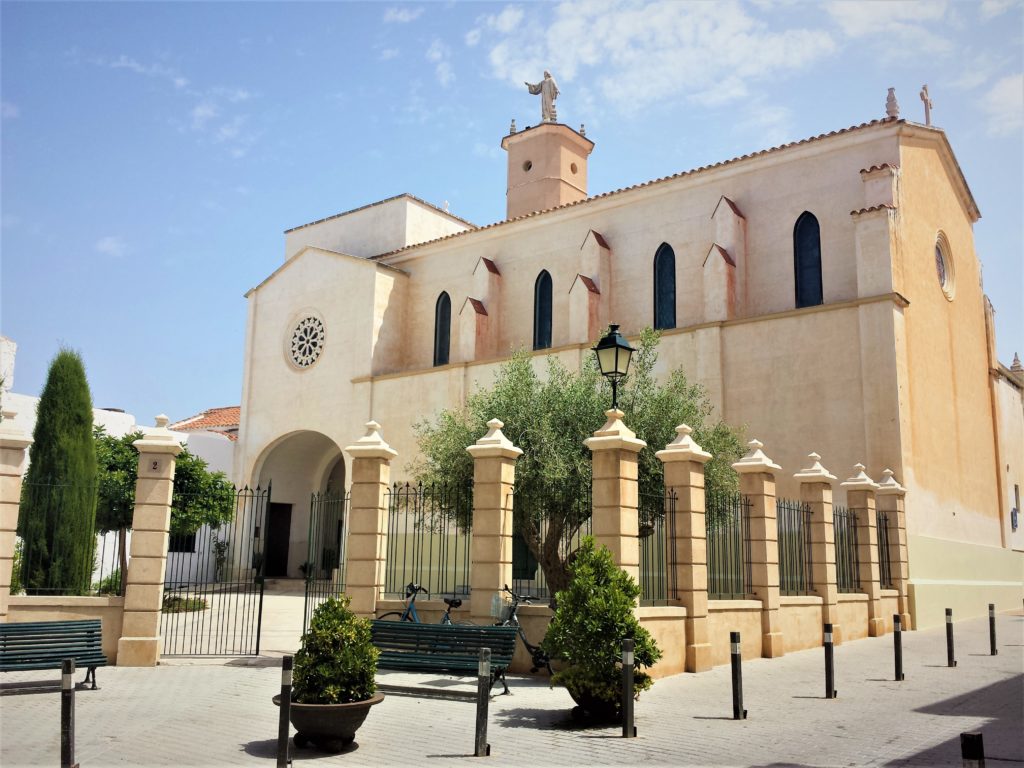 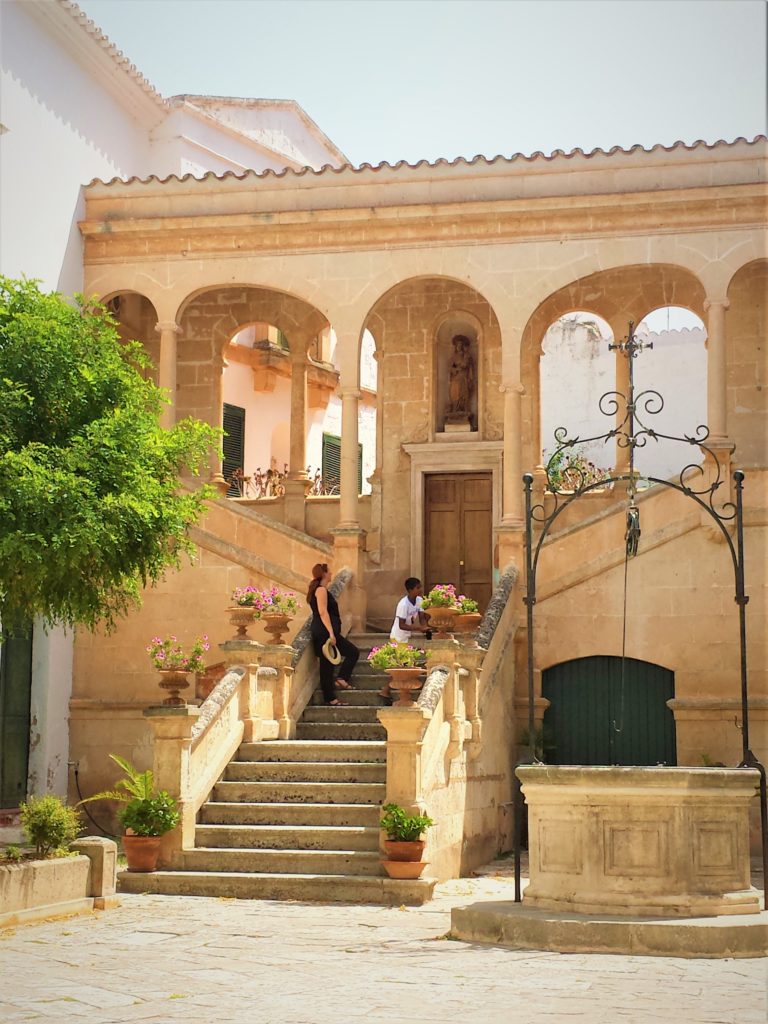 Next area on our stroll was a wonderful part of Ciutadella containing a sort of in house market selling fresh fruit and veg as well as meats and let me tell you about the fish mongers. The fish mongers or fish market whatever you want to call it is one of the biggest I’ve seen, OK so I haven’t seen many. Its set out in a large circular counter selling a variety of fish.

After a stroll through the market we decided it was time for a sit down, finding the closest café we could. It was great very small but busy which is always a good sign. I’m not a coffee drinker “don’t judge me”, so I decided to have a hot chocolate which was great, Tasha went for a lemonade. Whilst in there the man running the place kindly gave us the WIFI code, we didn’t even ask, probably knew we were English and that’s what all English people require to survive. 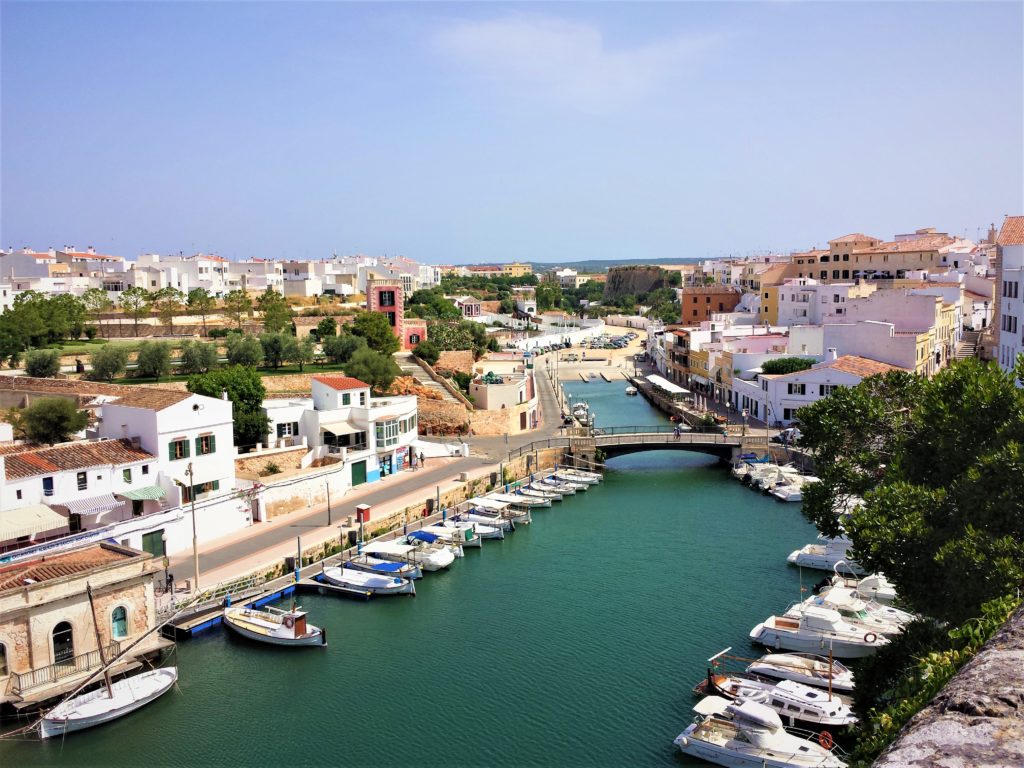 Our stomachs tell us its time for something to eat and Menorca is well known for its seafood and after being in that fish mongers I think it’s best to head down to the harbour. Walking along the harbour side there appears to be some great little restaurants jam packed as its pretty much dinner time. We ended up having a great meal at a restaurant just next to the main entrance to the harbour, they had there own fish tanks with lobsters, not a preference of mine but something a bit different I suppose. 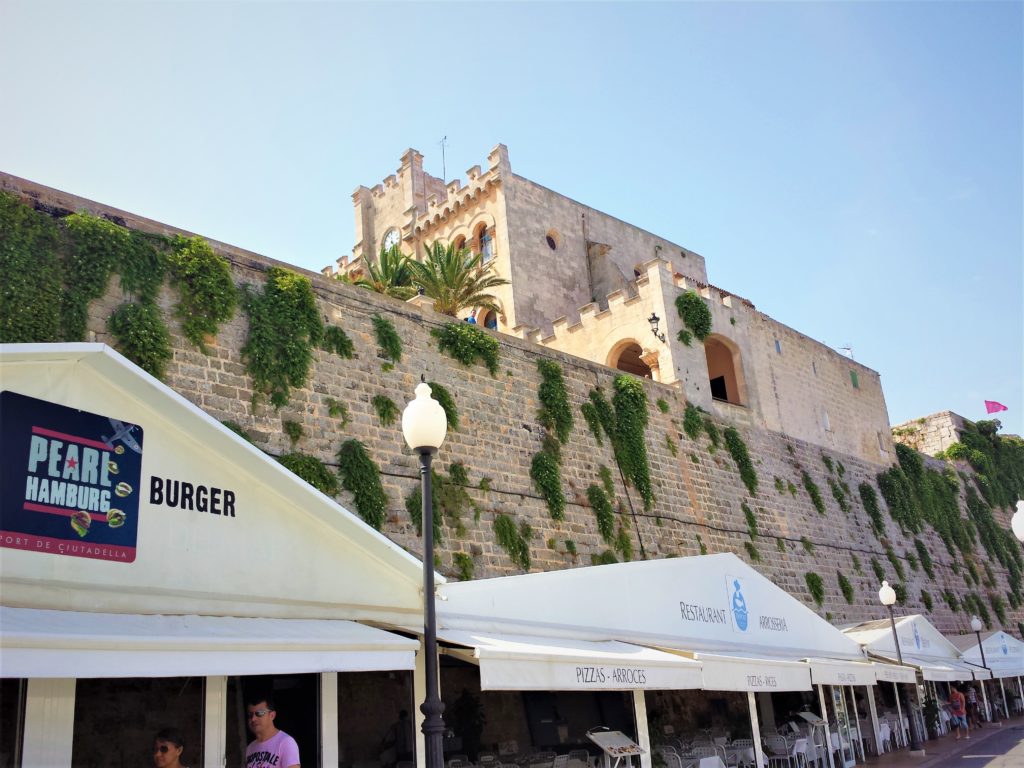 Overall, I think Ciutadella is a must visit for any Menorca holiday even if you are located on the other end of the island. It’s wonderful to stroll around their quaint little streets and watch the locals go about their business I think its somewhere we will re visit.